I hit up this spot on the edge of Little Italy that is practically the antithesis of anything related to Italian cuisine… if you don’t count meat-sweats and taking a nap after a big meal. We’re talking about BBQ, and not backyard pits that you nonno tirelessly tends to in between hosing down the driveway and fertilizing tomato plants – but the likes of which will make you question everything you’ve ever known about what you think you know.

I went to Dinette Triple Crown, a literal eight-seat counter that serves up Kentucky style grub. The menu is simple, straight up southern barbecue, however, the explanation required a flowchart and illustrated breakdown of the possible ordering combinations. Glassy-eyed and looking at the server like looking at a puppy through a pet store window, she suggested the “meat & three” – a choice of meat and three sides.

My lady and I split the two-piece fried chicken meat & threes, with a side of cornbread and mac and cheese (which counted for two sides) served with gravy and garnished with a pickled okra. Let’s get this straight right off the bat, the fried chicken is legit; moist and juicy, the chicken was fried in a seasoned batter and simple. Although a bit emaciated, the chicken on the menu was listed at $2.50 a piece on its own, so I wasn’t mad at it.

A dish of rich saucy cavatappi “mac and cheese” au gratin, the béchamel was comprised of mild cheddar and was a lot thinner than I’m used to, which is totally cool with me, because I would have drank it with a straw or snorted lines of it off the table. Not listed as an official side on the roster, you’re able to substitute two of your threes with this. I would have appreciated actual macaroni, instead of the large spiralling cavatappi, as it would give me the impression of eating more of it, but I guess this was a good thing – I didn’t hate myself as much as I would have killing an entire baking dish of 342 pieces of macaroni instead of 20-something cavatappi.

Let get back to the chicken; let’s be honest here… fried chicken does things to me, and probably you too. When I took a bite of the dark meat, it was singing. The meat was soft and tender, and the batter… Jumpin’ Jesus on a pogo-stick, I wanted to get up and shake a tamborine and do a Lindy hop. I mean there are other spots around town that do fried chicken, but Triple Crown has something going on that I can’t put my finger on… perhaps the fact that their fried chicken doesn’t suck and probably eats other fried chicken for breakfast. Not to be dismissed is the brown chicken gravy, made with cracked black pepper and drippings, we found ourselves dousing everything with, especially sopping up with the hot corn bread that was both light in flavour and physical composition.

We also split the pulled pork sandwich. Impossible to get away from the slow roasted pork basting in its own juices for hours rendering it fork-tender and slapped in between a honest white bread bun in any BBQ joint. The meat was tender, topped with a tangy slaw that cut through the unctuousness of the meat, the natural sweetness of the meat was heightened by the caramelized bits of porky goodness.

As good as the sandwich was on its own, I realized it was undressed. I found myself slathering each bite with the table-top Memphis BBQ sauce. I experimented with the other sauces, the spiced vinegar was on point too and lent a nice tangy heat. However, it was the balance of vinegar and deep sweetness of the Memphis sauce that led me to close my eyes and let out an ovation like when I finally passed level 29 on Candy Crush on Facebook.

For dessert that day, they had a cobbler but this Chess pie piqued our interest. Topped with a creme fraiche, the homemade custard pie of buttermilk and lemon zest was barely sweet and perfect. I like my pie crust thick, buttery and almost cookie-like; broiled the pie was warm and comforting. 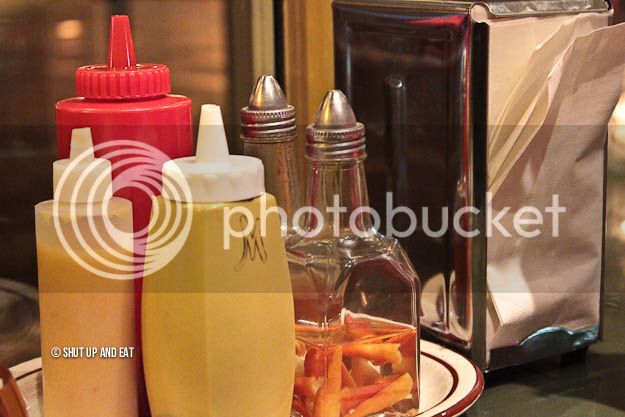 This joint was making waves in the summer for their packed picnic style dining – as their storefront seats no more than a late-model minivan – they would pack up your order in a basket and you were invited to grab a bench across the street and cop a squat, run your feet through the grass and enjoy the summer heat. Unfortunately, I just so happened to visit on a January evening when it was minus-ridiculous outside and didn’t have this luxury.