What is a “Bánh mì”? – and the bastardization of it.

Recently I read this article by Buzzfeed about why Americans can’t get poutine right. The author has genius and insightful remarks about how chefs feel the need to class up, “improve” something that doesn’t need improving, and basically try to foodify something that is in most cases, impossible to fetishize. One entry caught my eye and twisted a thorn that has been in my side for a while now; The Gorbals in Los Angeles’ “Bánh mì” poutine. It’s not the fact that they were completely missing the point on a classic poutine, but in the same breath, absolutely making an abomination of something that I hold dear to my heart, a sandwich.

Quoted from Food GPS The Gorbal’s Bánh mì uses the “French fries for baguette. Instead of mozzarella curds and gravy, the kitchen crew piles the fries with fresh mozzarella and pulled pork that coats the fries with porcine runoff. Up top, expect a trio of traditional Bánh mì accoutrements: cilantro, crunchy pickled carrots and spicy jalapenos, along with julienne cucumbers.” In the illustrious words of SNL’s Linda Richman of Coffee Talk, “Chickpeas, neither chick, nor peas”; in this case, chicks being poutine, peas being Bánh mì; a palatable oxymoron, emphasis on the moronic. 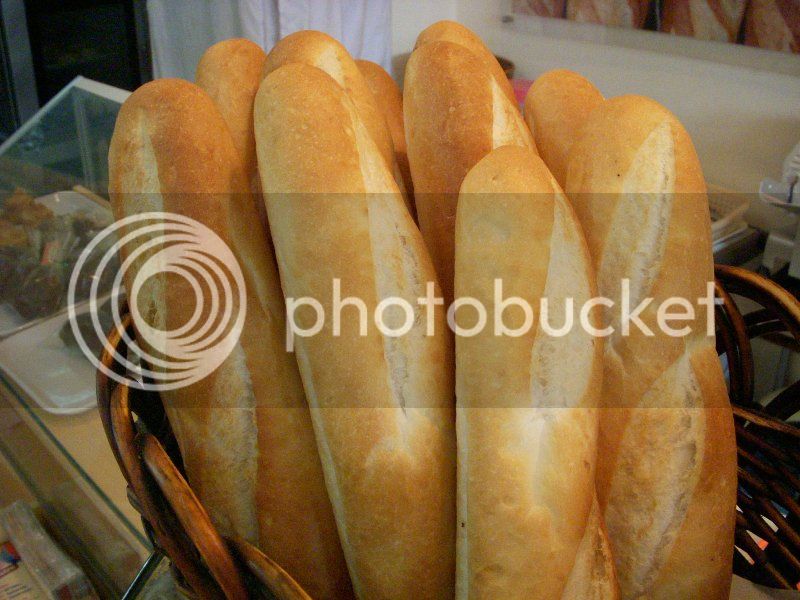 So what is a “Bánh mì”? It’s the Vietnamese term for BREAD, more specifically, a single serving baguette – predominately found in Vietnam and has come be to synonymous with the Bánh mì sandwich. A classic vietnamese sandwich consists of a sliced light and airy French-styled baguette which is a bit different from its western counterpart. A mix of rice flour and wheat flour yields a lighter and drier bread whose characteristic is an incredibly thin and crispy crust.

Traditionally, the sliced baguette is schmeared with a pork paté on one side, and a butter based mayonnaise on the other; then piled with headcheese, Vietnamese ham, slices of Cha Lua (steamed pork loaf – a Vietnamese luncheon meat cooked in banana leaves), topped with pickled daikon, carrots, slivers of fresh cucumbers, sprigs of cilantro with a spritzing of Maggie sauce (seasoned soy sauce) and optional slices of bird’s eye chili. 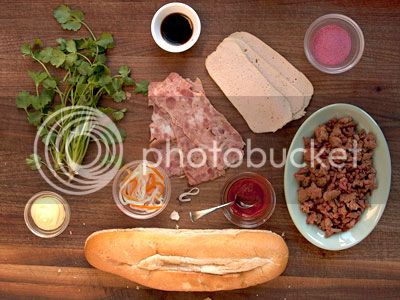 Variations of different kinds of proteins; barbecued pork, chicken, beef, and even tofu (why would you even want to) have made its way into renditions of Bánh mì and rightfully so. However, recently, we’ve been seeing “Bánh mì” on a lot of restaurant menus that foster not only unique renditions this sandwich, but turn out to not be sandwiches at all.

So what is it about the Bánh mì that people like misappropriating it, shaming and making it as awkward and cringe-worthy as a Chinese guy watching members of the Wu-Tang Clan prance around on stage dressed as Shaolin monks? Good question, me. Is it as simple as not understanding that the word even means? Or could it be the allure of plastering an exotic foreign name over a dish that would give someone license to put an Asiany spin onto something mundane in a desperate attempt of innovation? How far does something have to be pushed that it’s original intention is lost? That it’s no longer what it was considering itself as an ‘interpretation’ of? 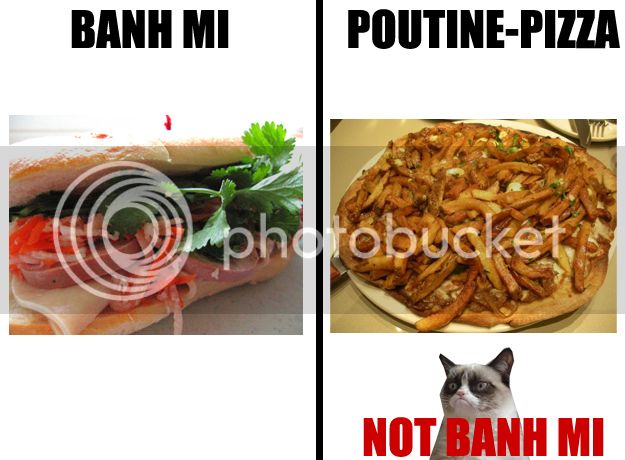 Often when dishes try to be a whimsical rendition of a something else, there is usually a gentle nod, or at least a subtle chin point in the direction of its predecessor, but when the only thing left on the plate is the name, then that’s pretty much a blatant air-humping crotch grab and a big “suck it”. To the people making soup, pizzas, cereal, vitamin supplements, open-faced hot chicken sandwiches with pickled daikon and carrots and calling them Bánh mì, stop.

Not only is it a disservice to the sandwich with the outright disregard of what is being appropriated, but sharing and introducing this the idea of a bánh mì is being overshadowed by the bastardization of it – not to say that the general population isn’t food savvy enough to have never heard of this Vietnamese sandwich. At what point is the spirit and essence so far removed from it that people will only understand “bánh mì” to be a Asian-altering-fusion technique to rightfully accept a play on a lemongrass veal meatball with cilantro, pickled daikon and carrot salsa on top of Italian ramen… I mean spaghetti.

The biggest regret I get with many ethnic food items is when someone’s first introduction to it is some sort of horribly bastardized American version of it that colors future judgement. I’ve seen enough faux phở, fake caipirinhas, and sham Cuban sandwiches to last a lifetime.

I’ve always been curious about what was actually in a Banh mi sandwich. Now i want one 🙂